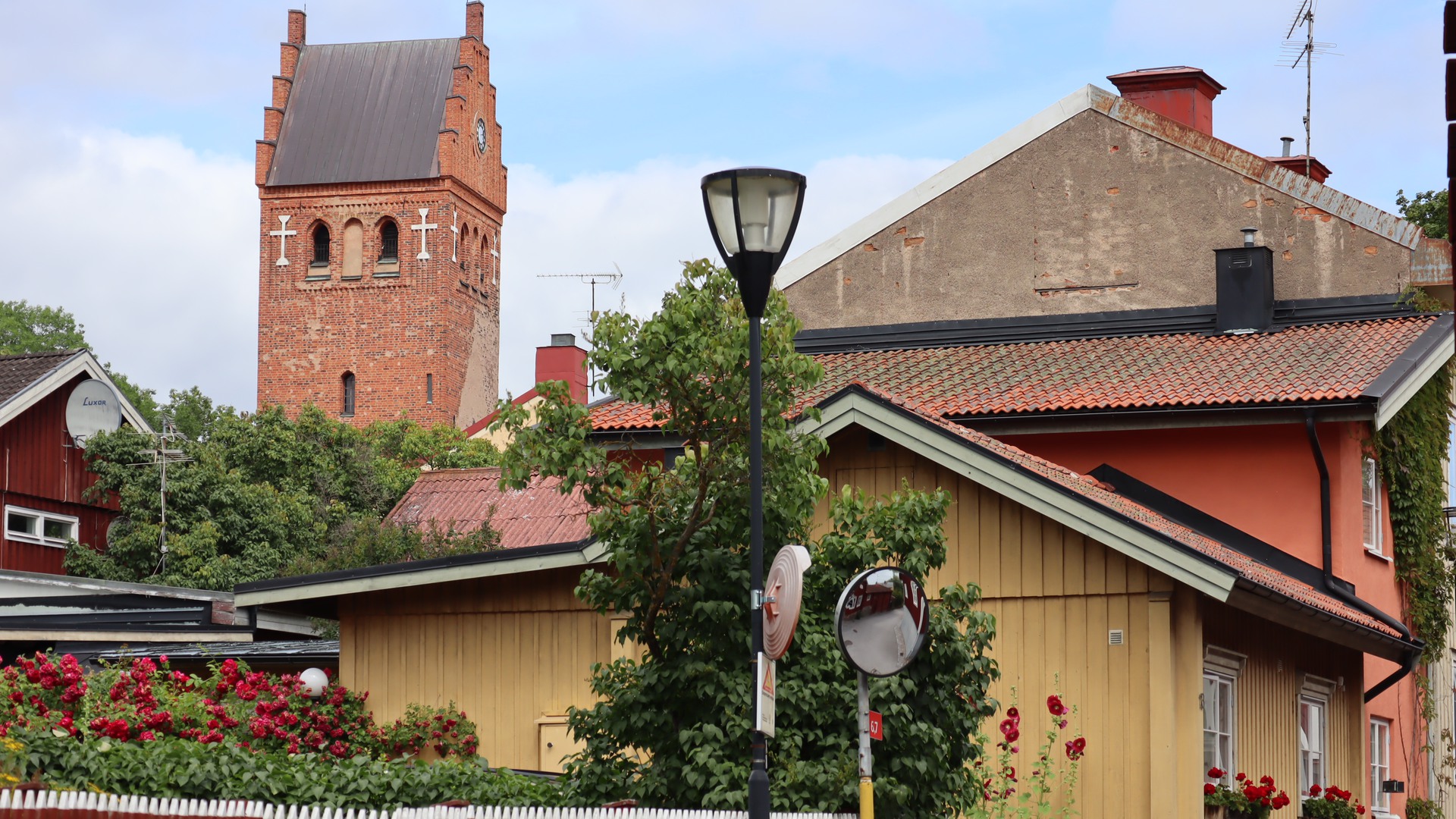 Torshälla Church is located at Rådhustorget in Torshälla and is famous for its spectacular ceiling paintings.

When Mälardalen was Christianized in the 11th century, a small wooden church was built on the sacrificial site Torsharg. Later, during the 12th Century a stone church in Romanesque style was built with a choir and a nave connected to the old wooden church by a triumphal arch.

The church was expanded

The church became too cramped when Torshälla gained its city rights in 1317 and the population grew. This led to the church being expanded and extended to the west with a new nave. The old nave became choir and a wall was erected against the oldest choir.

In the 15th century, armaments and tower rooms were added. They also vaulted and called in a young painter, Albertus Pictor, to decorate the vaults. It was only the easternmost vault that was painted and most talked about is the image of Abraham attaching a pair of glasses to his nose. This is probably the oldest image of glasses in Sweden. The paintings in Torshälla Church have been whitewashed but were re-produced during the restoration in 1911–1912. 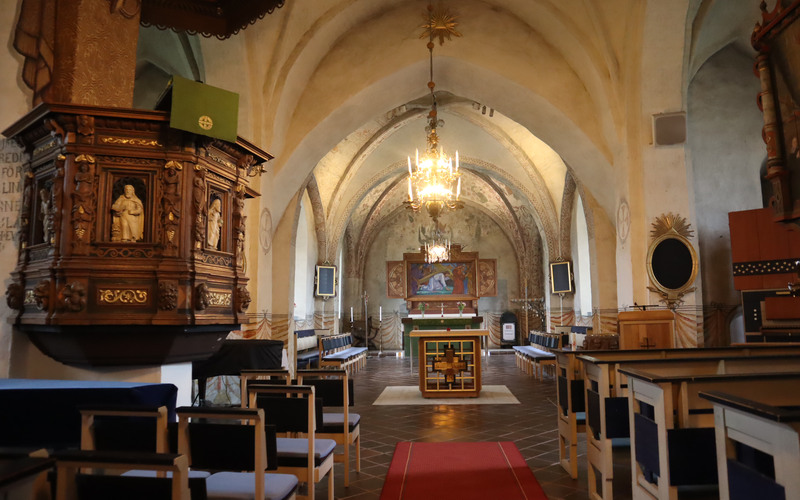 Guided tour of the church and Torshälla

Contact info@visiteskilstuna.se to book your own guide for a tour or city walk of Torshälla including the church.