The history of Eskilstuna

Eskilstuna and Torshälla have an interesting history that has a major impact on the image of the cities today.

The history of Eskilstuna from past to present

Since ancient times, the Rekarne area has been a fertile area, where people have chosen to settle. Farms grew up and one of the earliest inhabitants we know the name of is the mighty Sigrid, who around the 11th century had a bridge built at the present Sundbyholm. In addition to that, she also financed the great Sigurdsristningen (Sigurd carving). The bridge and the carving still exist today.

Shortly afterwards, the monk and missionary Eskil arrived. He became bishop of the Tuna diocese, which had its centre in Tuna village, near present-day Eskilstuna. After Eskil's death, a burial church was built for his relics. The site became an important place of pilgrimage and around the year 1170 the monks of St John built a monastery, the Johanniter Monestary, around Eskil's burial church. 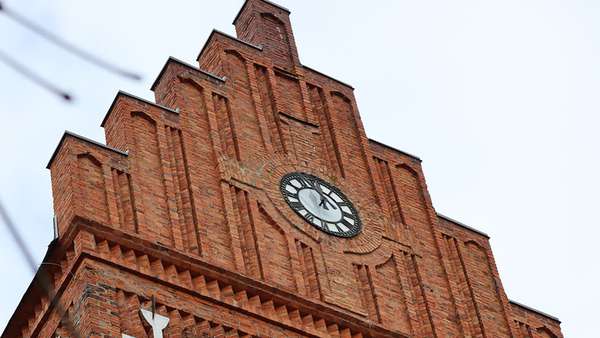 Torshälla, which was an important port and trading post at the mouth of the river in Lake Mälaren, was granted town privileges in 1317. Around seven kilometers away, another town grew up in connection with the Johanniter Monastery, along today's Köpmangatan. That town would eventually become Eskilstuna. Craftsmen, tavernmaids, servants and maids lived and worked there. Only men could be members of the guild, but as widows, women could also work.

The blacksmiths enters the history

Gustav Vasa eventually revoked the Johanniter monastery's rights, and the property was transferred to the king. Duke Charles (later Charles IX) began building a stone castle on the site. It was completed in 1620 and given the name Eskilstuna Huus. The royal power also invested in developing trade and iron processing. At Tunafors, a town community with blacksmith families arose.

In 1654, King Karl X Gustaf offered Reinhold Rademacher to move his forge from Riga to Eskilstuna. When the forges were built, city privileges were issued for the town, 25 October 1659. The king died shortly afterwards and Sweden was for a time ruled by the Dowager Queen Hedvig Eleonora. She took a great interest in Eskilstuna, which was one of her jointures. 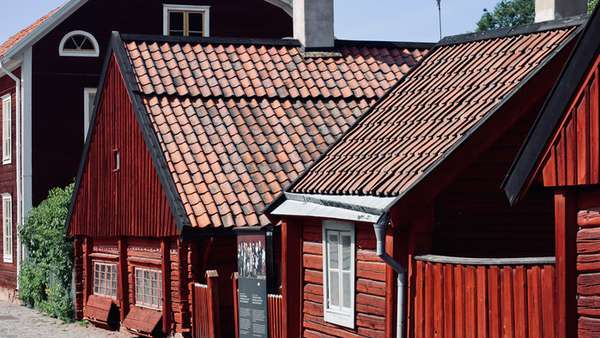 Eskilstuna sanctuary is founded and the industrial city takes shape

Eskilstuna sanctuary was founded by a parliamentary decision in 1771. At the sanctuary small-scale metal processing companies were free to operate without tax or customs duties. During the 19th century, the sanctuary developed and the industrial town of Eskilstuna emerged. Factories such as Gevärsfaktoriet, Munktell's Mechanical Workshop and Jernbolaget played a major role in the town's development as a successful industrial town.

Towards the end of the 19th century, the temperance movement and the Free Church movement were founded, involving both women and men. The temperance movement in particular improved the lives of many families. The labour movement emerged at the end of the century. However, the Iron and Metal Workers' Union did not welcome the large number of women who did factory work in the home, including grinding and polishing.

The industry thrives and the women start working

The industry continued to boom into the 20th century. More women began to work for wages and people who had fled the Second World War found jobs on arrival. Factories also recruited workers from the rest of Sweden and from Germany, Greece, Finland and the former Yugoslavia, among others.